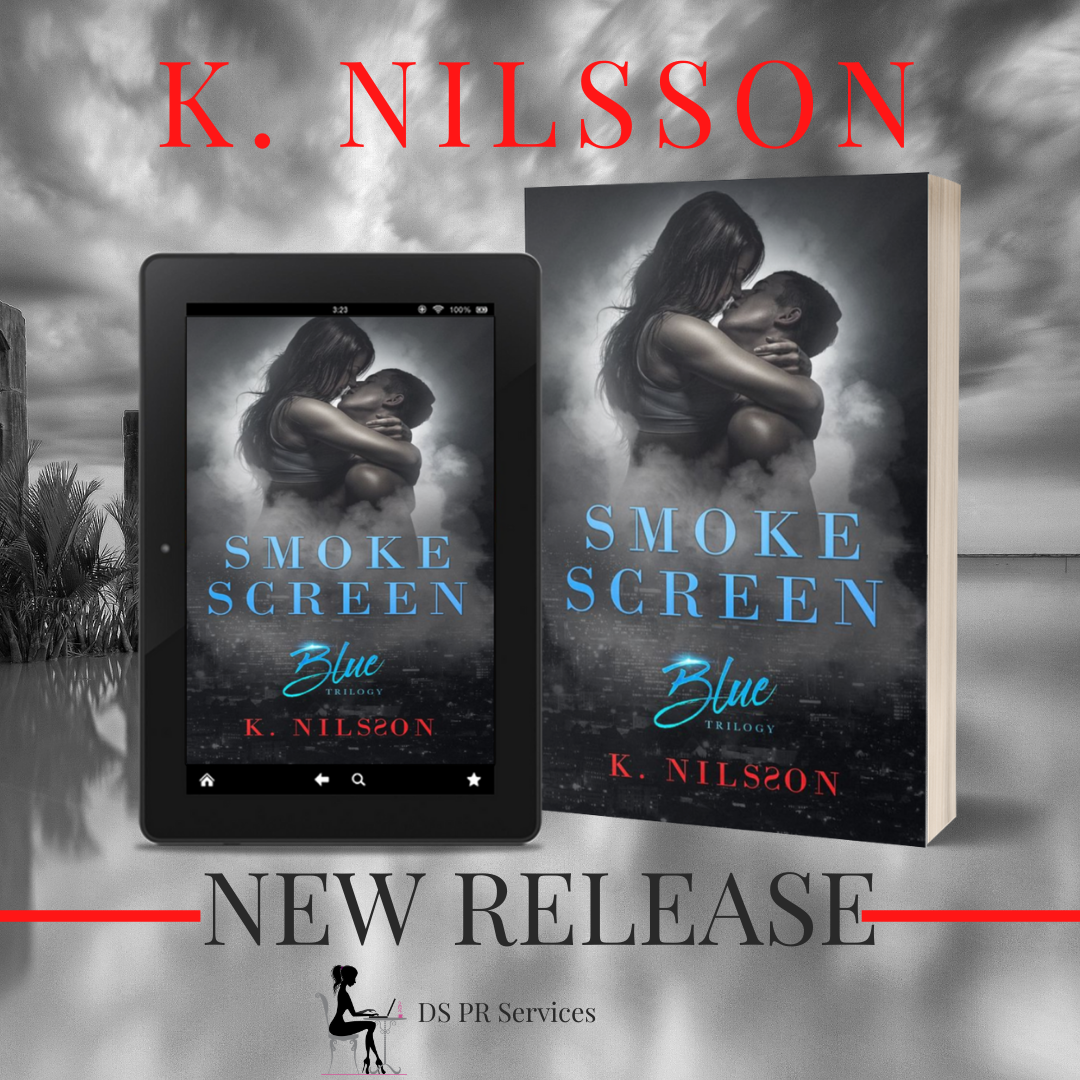 He is a distraction. She is a mistake. Now they’re in each other’s way.

Devyn Foster’s assignment leads her from the boardroom to a dungeon to find a missing computer whiz.  Unaware she’s in the crosshairs of someone determined to get her out of the way by any means, she blindly forges ahead.

If only the man she wants isn’t such a distraction.

Private Investigator Max Carson has let nothing—or anyone—stop him from getting the job done.  When hired to track down chip software that could change the world, he finds himself on a collision course with a woman who’s just as determined as he is to solve the case on her own terms.  Now Max has to deal with two problems—how to get Devyn out of the way and out of his heart.

She was a distraction.

He was a mistake.

Now they’re in each other’s way.

Rookie investigator Devyn Foster knows the pain of losing family. It’s what drives her to do what she does – finding the missing and the lost and returning them to their families. Her latest assignment is no different, finding the computer a whiz who disappeared while working on a mysterious project. Even though his case has gone cold, she won’t let his elderly parents suffer. She will find him and return him back to them. But that was before the one-night stand that changed everything.

Now Max has to deal with two problems: how to get Devyn out of the way… and out of his heart.

It was noon when I got to the condos on 4th and Bay Street. The geo-locator showed Devyn’s automobile was behind the gate on the building’s grounds.

After parking my Hummer three blocks away, I headed toward the building. I snaked through a narrow opening to the car park. The Mini Coop occupied a stall. Was she living here or visiting?

A set of stairs led to a Spanish Colonial style open courtyard. I observed from a blind spot under a parapet, hoping to glean the trickster’s hiding place.

Motion sensors switched on the lights. A barking ball of fluff scampered after a mature woman with veal-white skin and hair the color of brushed silver. She returned with a package, all the while, scolding her Shih Tzu for being a mischievous pup.

A ginger-haired man with bicycle rider’s muscles—quads the size of tree stumps and biceps to match—walked his bike across the courtyard.

It grew quiet. No sounds came from children playing or raised voices—unlike the neighborhood where my parents raised me.

A jangling set of keys announced the vixen who left third-degree burns on my cock. Wearing sneakers, a skater’s skirt, and a hoodie, she took the elevator to the top floor and entered an apartment flanked with flowers.

I raced up the stairs and knocked on the door.

The secretive minx peered through the peephole. I smirked. Once she opened the door, Devyn’s face drained of color. Glancing left, then right, she grabbed my shirt and yanked me inside.

“You shouldn’t be here,” she said icily.

“I bet you didn’t expect to see me,” I replied.

“No,” she retorted. “You can’t just come over. Who do you think you are?! This place is a gated community. How did you get in the complex?”

With the combativeness of a drill sergeant, she planted her legs apart, barring my way further into the residence.

Before she could order me out, I picked up her rigid body from under the arms and moved her out of my path. “Nice place.” Dry fichus leaves littered the floor. “You’ve neglected your plant.”

She circled me in a wide arc. “Forget about my plants. Why are you here?”

My arms outstretched, I turned around, questioningly. “You live here, not at the address on your application.”

“You’re getting on my last nerve,” she declared, poking her index finger on my chest. I grabbed and held it. She jerked it out of my grasp.

“Get out, or I’ll call the police,” she threatened.

Summoning a bored expression at her threat, I burned to wipe off the defiance. Maybe I should reacquaint her smart mouth with my cock.

Devyn stomped to the coffee table and picked up her phone, waving it at me. I raised my hands in surrender to halt her. She wore a self-satisfied smile.

“It’s part of my job to verify employees’ physical addresses against what they included in their application.”

Devyn’s eyes flashed as she placed the cellphone back. “Invasion of privacy is illegal,” she said through clenched teeth.

She was right. It was loathsome, and I disapproved. “My supervisor doubted you lived in Marina Del Rey.”

The clever girl spouted reasons she had not moved out yet. I held up my hand. “Don’t tell me, your neighbor’s dog ate the lease.”

She sputtered. “I can’t move in until the first of next month, and the property manager hasn’t fixed the plumbing. There was standing water under the sink. He hasn’t painted it or cleaned the carpet.”

Lies, all of it. I needed to find out who I was protecting from Unger, not play games. While the analyst stewed, I meandered around her living space and stopped in front of a collage of photos. The Polaroids, vintage windows of her past, fascinated me.

A newlywed couple, the woman, a blond version of Devyn, wore a modest wedding dress and held a bouquet of daisies. The groom wore military regalia. The uniformed man cuddled a baby on his lap, a birthday cake with one candle in front of her.

The angel baby smiled for the camera, showing off her two front teeth when the photographer said, “Cheese.”

I found myself smiling at the photo of a red-nosed, chubby-cheeked toddler wearing one of the tiniest skis I’ve ever seen. She was flanked by her parents, each held one of her hands.

There was one of Devyn and a friend, dressed for the high school prom. She was rounder, like an adolescent who just transitioned into puberty. They were so young. Was I ever that young?

Next to it was a portrait of the man in a Special Forces Uniform. Gunnar Walsh––Medal of Honor Deceased May 30, 2000

I pointed to the image of Gunnar Walsh. “Your dad?” She nodded.

“Why is your last name Foster, not Walsh?”

Devyn flicked her hand, dismissing the question. “You don’t need my life story. As it is, you are invading my privacy.”

“You owe me some explanations,” I said in a dominant tone.
Her glare burned through me. “I owe you nothing,” she spat.
I barraged her with questions. “Why did you lie about where you live?”

The furious blush of someone caught lying settled over her cheeks. “I didn’t.”
Truthfulness was a condition of employment. The wording was in fine print at the bottom of the application. “Misleading, intentional, or by omission, is cause for dismissal.”

“I’ve been too busy with my new job to move,” said Devyn.

The excuse sounded reasonable, even believable, but I didn’t buy a word of it. The analyst didn’t want anyone to know she lived near The Pier. Why? Perhaps she planned to quit the job as soon as she got what she wanted.

“What about the spy glasses?”

Devyn looked away. “They were in my desk drawer. I thought someone left them behind and planned to give them to Pierce.”

“Where did you pick up tactical driving techniques?”

Crossing her arms, she glared at me. “Defensive driving class––I’m paranoid about being kidnapped and trafficked. How––?”

I had to break through her wall of evasion. “How did I know? I was a passenger in the car that chased you. Unger was the driver. I couldn’t stop him.”

A shadow crossed her face.

“You should be afraid. Unger will catch up with you. Ever since the chase, he’s been following your moves. At his insistence, I put the tracker on your car. It first showed you were at Marina del Rey. But then he followed up my report and checked the tracker. It signaled from the ocean.

How did it get there?”

Devyn raised her brow as if it was the dumbest question, she’d heard all day. “You’re kidding, right?”
If she talked to Unger this way, he would strike her.

“Is invasion of privacy a corporate mandate for all employees?”

I shook my head. “We drove to the new hires’ homes. Yours was the only one we skipped. Now, I think Unger has an unhealthy obsession with you. Why?”

Catching the innuendo, she scowled. “Hell no. I would never.”

The arrogant side of me believed her.
Devyn paced a five-foot square area. “Are you going to inform your boss I haven’t moved yet?”

Her grimace softened as though she discovered I was a good Samaritan who saved her from the big bad wolf. It made me uncomfortable. Devyn resurrected my damn savior complex.
Saint had the cursed thing, so did my dad. Alpha males are predisposed to the affliction. I’ve dodged the hero-worship bullet with callous behavior until now.
We heard the click-clack of footsteps pass her door. They distracted her.
“How did you find me?” she asked.
“I have my ways.”

Goodreads reviews for The Confessional

Goodreads reviews for The Blue Trilogy 1